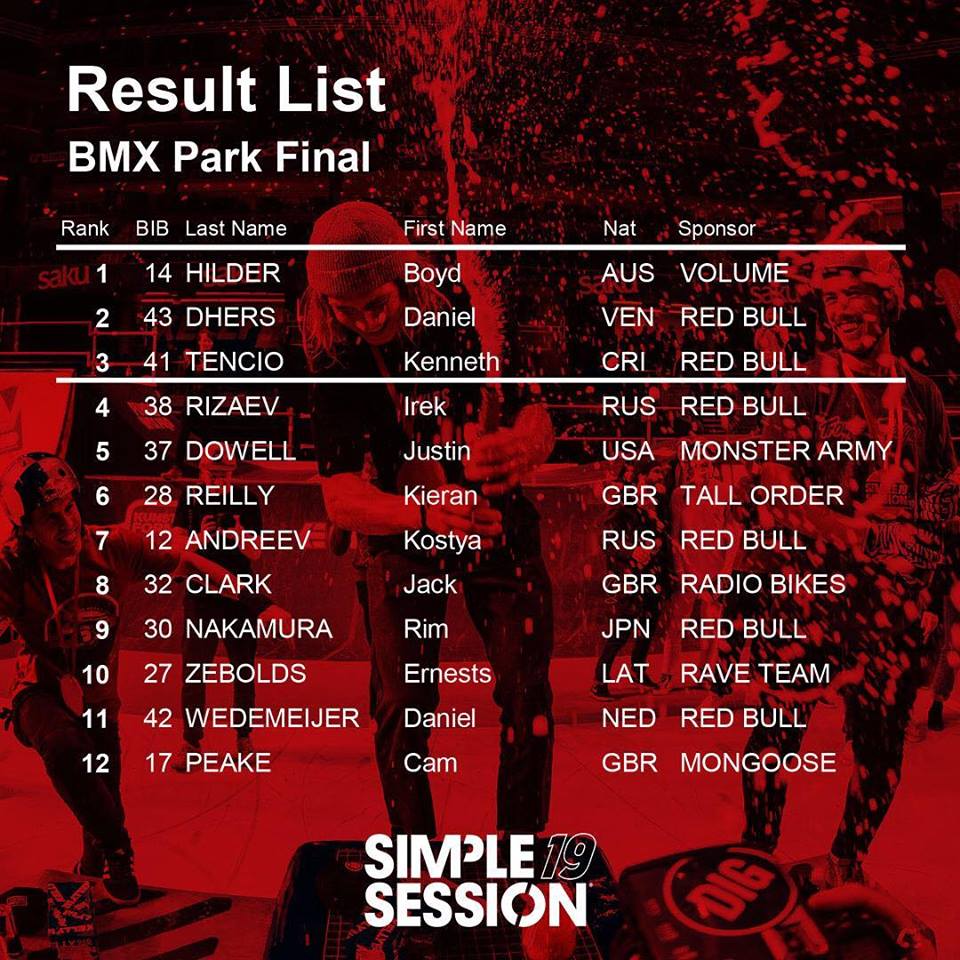 Once again, Costa Rican biker Kenneth Tencio, made Costa Rica proud as he took the third place in the BMX Freestyle “Simple Session Tallinn” in Estonia this Sunday, February 3.

“It is huge to get a place on the podium, it’s a feeling of satisfaction after all the hours of training, of success and failure, this tells me it was all worth the effort. One year ago was also third in this tournament and today I am happy to once again be among the top three”, stated Tencio.

Tencio had to overcome a fall in one of his outings, “It is part of the risk when you do important tricks”, he said.

Boy Hilder from Australia took the first place, followed by Daniel Dhers from Venezuela. The Costa Rican also took the prize for the best trick.

Tencio took back in November a historic second place at the UCI BMX World Championships in Chengdu, China, and back in April 2018 he won second place in the FISE BMX Freestyle World Series in Japan, also a historical achievement since it was the first time a Costa Rican took the podium in a FISE competition.

Tencio will be competing again in April in Japan.